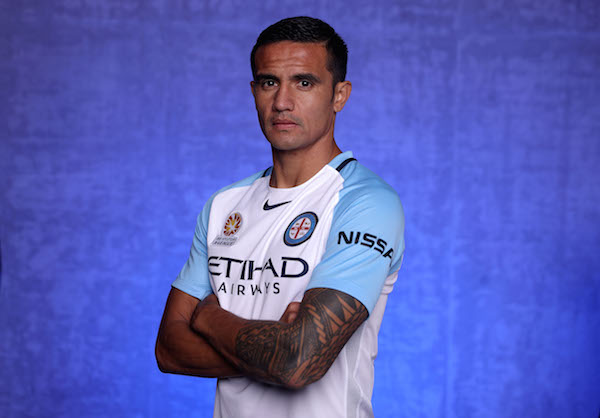 Melbourne City marquee striker Tim Cahill has said that his team’s focus remains on themselves, not on October’s derby encounters in league and cup competitions.

While an A-League encounter was expected before the fixtures were generated, the news of an FFA Cup semi-final encounter against Kevin Muscat’s side has firmly added to the buzz surrounding the new season.

However, while Cahill is impressed with the current health of Australian football, he said a pair of derby meetings in October are being treated as simply another meeting on the fixture list.

“It’s nice to play against a big team, another derby. But It’s not something that I’m really focused on to be totally honest with you,” Cahill said.

“We’ve got Wellington to look forward to. The two derbies come shortly after then we’ve got Perth.

“Derbies are always nice, but not something that I’m focusing on.

“Like I say to the players, we’re just focused on ourselves regardless of semi-finals and things like this.”

Both teams head into the new season in good form, with Melbourne Victory unbeaten in pre-season and Melbourne City displaying their impressive attacking prowess in last week’s 4-1 romp over Western Sydney Wanderers in the FFA Cup quarter final.

The first of two early season Melbourne derbies comes in round 2 of the A-League, on October 15 at Etihad Stadium, while the FFA Cup semi final date is to be confirmed in the coming week.