Premium Sport are reporting that Stefan Jovetic and Giuseppe Rossi are set to be involved in a swap deal before the transfer window closes.

The injury-plagued Italian international, Rossi spent the second half of last season at Levante and has returned to the Viola for the upcoming campaign. However, Rossi has had minimal opportunities with Nikola Kalinic ahead of him after starting and scoring against Juventus on the weekend.

The Italian showed glimpses of his true talent at Villareal and his first full season at Fiorentina, has fallen out of favour for the Azzurri after 30 caps and 7 goals.

On the contrary, Stefan Jovetic looks set to depart the San Siro after a disappointing first season at Inter. Coupled by this loss in form is the fact he is behind Mauro Icardi and Rodrigo Palacio in Frank de Boer’s plans for the upcoming season.

Jovetic’s rise to prominence began at Fiorentina and was sold to Manchester City in 2013 for €22m. After two poor seasons, Jovetic returned to Italy after failing to impress then-manager Roberto Mancini.

Fiorentina are waiting on whether or not Borja Valero will move to Roma, but Jovetic is firmly in their sights. 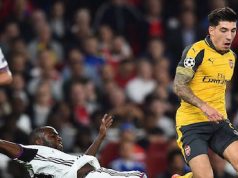